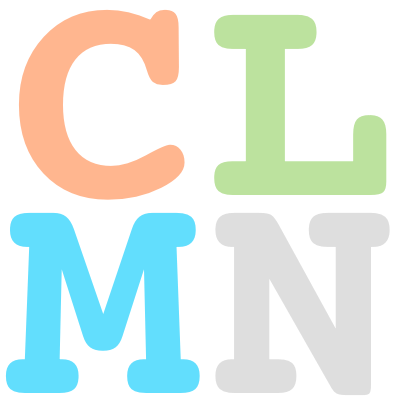 Make sure your device is equipped with a camera that your web browser can access. Due to the use of the camera, lighting is important in the place where the computer is located.

Make a few moves or gestures in front of the camera of your device to get an idea of how the sketch works. Try also to experiment with the interface below the window with the sketch: you can change the font size, and turn on/off coloring and posterization.

Scroll down for more informations and source code.

"A tribute to Flora Stacey: universal ASCII art self-portrait."
The typewriter art and the ASCII/ANSI art.

ASCII art is a graphic design technique that uses computers for presentation and consists of pictures pieced together from the printable characters defined by the ASCII Standard. Most examples of ASCII art require a fixed-width font.

There is also a slightly more technically advanced ASCII art mutation called ANSI art. ANSI art is a computer art form that was widely used at one time on BBSes. It is similar to ASCII art, but constructed from a larger set of 256 letters, numbers, and symbols — all codes found in IBM code page 437, often referred to as extended ASCII and used in MS-DOS and Unix environments. ANSI art also contains special ANSI escape sequences that color text with the 16 foreground and 8 background colours offered by ANSI.SYS, an MS-DOS device driver loosely based upon the ANSI X3.64 standard for text terminals. Some ANSI artists take advantage of the cursor control sequences within ANSI X3.64 in order to create animations, commonly referred to as ANSImations - however, there are also examples of ASCII art using animation.

ASCII art technique is widely used by artists, hobbysts, hackers. Especially interesting example of use and creative development of the ASCII art are works created by the "ASCII Art Ensemble" group. The group, formed by Walter van der Cruijsen, Luka Frelih, Vuk Cosic, was founded in 1998. Members of the "ASCII Art Ensemble" created a software to "code" moving images into animated (sequential) ASCII art pieces. Most recognizable work by the group is "Deep ASCII" - an ASCII version of the famous pornographic film "Deep Throat" from 1972.

ASCII art is also a descendant of the concrete and visual poetry and so called "typewriter art": a pre-computer technique of creating images from characters available in typewriters (the first known piece of typewriter art — an image of a butterfly composed of brackets, dashes, slashes, and an asterisk, made by Flora Stacey, a British secretary, in 1898 - click/tap here for short, but a well-introductory article "Looking Back on 100 Years of Typewriter Art" by Carey Dunne about typewriter art.

"A tribute to Flora Stacey: universal ASCII art self-portrait." is a simple, interactive artwork based on the ASCII art technique in it's animated (however not in the way ANSI art is animated) form. It is also a game with the very idea of self-portrait, text, poetry, visuality, and various ways of looking and observing present in the history of art.

The work was created using p5js - a JavaScript library using (in the context of a web browser) the ideas developed on the basis of the Processing environment. In addition to purely technical issues, the values of the p5js development community align with the idea of Tetoki!

The mechanism for converting graphics to ASCII art used in the work was created on the basis of the ASCII Art library.